This is one that has been a controversial issue in recent times.  But why?  We take all kinds of drugs to better our health, what is so controversial about using marijuana to treat or manage our health ailments?

Marijuana comes from a plant called Cannabis sativa and THC or tetrahydrocannabinol is the chemical responsible for most of marijuana’s effects.

Marijuana is what is known as an illicit or illegal drug and one can find themselves in legal trouble for having it or distributing it.  Marijuana can be smoked, eaten or inhaled in a vapor form. 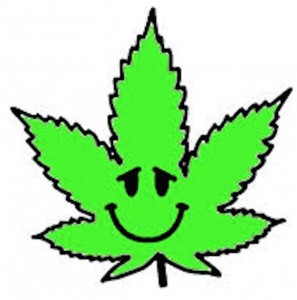 What does marijuana actually do?  It has both short and long term effects.  THC binds to neuroreceptors in your brain.  The short term effects of this binding include altered senses, changes in mood, impaired body movement, impaired memory and difficulties with thinking and problem solving.  This is the classic ‘high’ that users will describe.  It can also lead to hallucinations, paranoia and worsening of symptoms of anyone afflicted with schizophrenia.

Marijuana can also affect the way connections in the brain are made, especially when used by someone who still has a growing brain (for men this is <25 years and for women <20 years), this can lead to a drop in IQ over time.  The other long term effects include the damage that can be done by smoking any substance, such as increased risk of infections.  It is unclear at this stage whether or not marijuana smokers have an increased risk of lung cancer.  Marijuana use during pregnancy is also linked to problems with child development.  There has also been a link with marijuana use and mental health conditions like depression, anxiety and suicidal thoughts.  And yes, marijuana can be addictive, with up to 1 in 11 users becoming addicted.

Marijuana use has also been linked to a higher probability of dropping out of school and more job absences, accidents and injuries.

Wow, this is boring.  When do we get to the good stuff doc?

Well part of any informed decision requires information.  How can you make an informed decision without being informed?  You may not agree with what I am going to say about medical Marijuana, but your opinion will be one that is educated after reading this blog.

What’s the deal with medical Marijuana anyway?  They want to make an illegal drug legal to treat some diseases right?  My favorite argument for the use of marijuana for any purpose is its comparison to alcohol.  Alcohol has been around ever since I can remember, and yes it does a lot of harm, yes it is a drug that affects our brain and yes it can be addictive.  Why is it different?  Alcohol is a drug that has been long studied; it has a very predictable course in relation to quantity consumed and effect.  We can also quite accurately determine how impaired someone is by reading their blood alcohol level and we have also determined a safe blood level of alcohol for someone to be able to drive.  The consequences of abuse are also very well known and include damage to the brain and liver as well as life threatening withdrawals.  All of these consequences tend to happen in a very predictable manner in relation to the amount and strength consumed over time and can be managed with evidence based medicine.  In contrast marijuana has not been as intensively studied and many of the short term effects, long term effects and their potential management remain largely unknown.

What would we use medical marijuana for?  I have heard arguments for its use in palliative care, cancer care, pain management and uncontrollable seizures in children.  In palliative care and cancer care it serves as a relaxant, a pain reliever and an appetite stimulant.  The problem is, we don’t fully understand it, and we are going in blind.  In palliative care the long term negative effects are less relevant, if it relieves pain and improves quality of life, its long term effects and its lack of reliable testing becomes rather insignificant.  It is in these specific groups I believe medical marijuana would have the most benefit.

Cancer becomes more of a grey area.  In patients that are not terminal, marijuana only serves as symptom reliever and then we need to think about the long term consequences, not only addiction but the effects it may have on the brain including increasing the risk of anxiety and depression.  However, having seen many go through the ailments of cancer, if a consenting adult decides to chose this method of symptom control under strict monitoring by their doctor, again I believe in particular circumstances the benefits may outweigh the risks.

I do not believe this drug should be used on children, children cannot consent themselves to unknown territories and with their growing brains the side effects could be disastrous.  I also believe marijuana should not be used in chronic non cancer pain, it has a high abuse potential, its effectiveness against different types of pain is unknown, its long term side effects are unknown and it could very easily get out of hand and cause harm.  The benefits do not outweigh the risks in children because both are largely unstudied.

In medicine there seems to never be a black or a white, everything is grey and the edges are blurred.  I believe that medical marijuana with our present knowledge has a potential benefit for only a small population where the benefits may outweigh the risks, even though many benefits and risks remain unknown.  Perhaps in the future when we put more resources into studying its potential benefits and consequences we may be in a better position to make more educated decisions about its use.