The Zika virus has become the new Ebola, it is everywhere we look.  How do we make sense of it all? Lets starts at the beginning…

The Zika virus was named after a forest in Uganda where the virus was first found in a monkey in 1947, so it has been around for quite some time.  For unknown reasons since late 2015 the virus has spread quickly across South America.  The virus is spread using a particular type of mosquito (Aedes aegypti ) which means you have to be bitten by an infected Aedes aegypti  mosquito to get the virus.  This particular type of mosquito is only found in particular areas. There have also been some reports of sexual transmission.  There is little information about sexual transmission at this stage and we don’t yet know how long someone infected with the virus could transmit to others sexually.

Fun fact: Mosquitoes kill more people than any other animal on Earth! 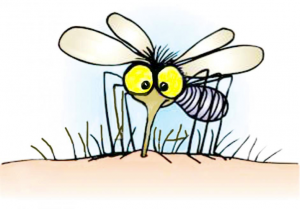 Most people infected with the virus will have no symptoms and if they do get symptoms they are usually mild.  Even though it is a mild infection it is very dangerous for unborn babies and that is the concern.  Just nine months after its spread, the rate of microcephaly (underdeveloped brain) in newborns has increased significantly.  In Brazil alone there have been 4000 cases of microcephaly since October 2015 which is significantly more than the 150 cases Brazil had in the whole of 2014.  There is no vaccine to prevent Zika Virus but you can be tested for it.